The Moscow Kremlin is a magnificent architectural achievement. Its monumental walls and towers, golden-domed cathedrals, and ancient palaces stand high on the Borovitskiy Hill above the Moscow River. It's an entire city within Moscow. Russian princes and tsars lived here a long time ago, but today it is the official residence of the President of Russia. 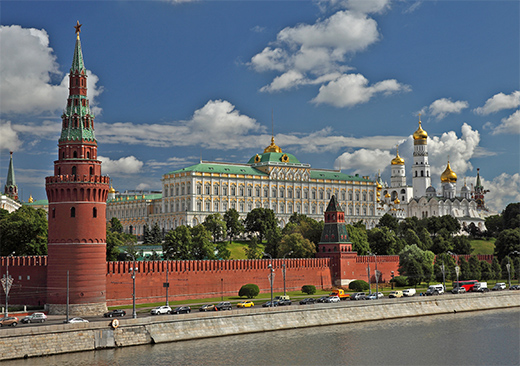 What does the word 'Kremlin' mean?

Kremlin is the Russian word for “fortress” or “citadel”. Indeed, some other old Russian cities have their own Kremlin. But the Kremlin of Moscow is the one known around the world and the symbol of the Russian state.

The word "Kremlin" meant not the outer city wall but a fortress within a city. Thus, in the first 200 years of Moscow history, people referred to the Moscow fortress as "the city." Later on, the town started to grow, and more people settled outside the city wall. 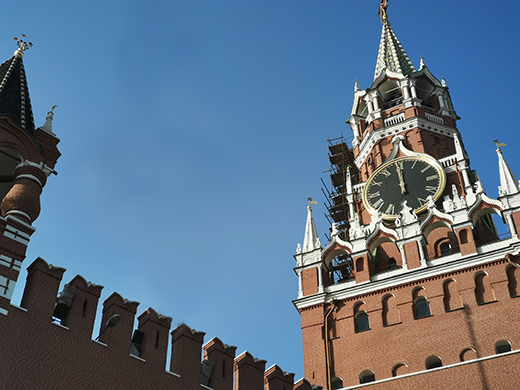 Moscow Kremlin wall, the Saviour tower
The first mention of " the Kremlin"  in the annals was only in 1331. At that time, the Kremlin wall served both as a fortification and a boundary between the prince's residence and ordinary city dwellers.

It was a common practice in the past to built a fortress in the middle of a town. Smolensk, Novgorod, Pskov, Astrakhan, Tobolsk, Kazan, Kolomna, Zaraisk, and many other Russian towns had their kremlins.


The History of Moscow Kremlin

The Kremlin dates back to the first residents of Moscow. The founder of Moscow, Prince Yury Dolgoruky, ordered the construction of the first wooden fortress in 1156 on a site known as the town of Moscow, but the word “kremlin” was only first recorded in the 14th century.

The Kremlin we see today was constructed in the late 15th century. Moscow prince Ivan the Great dreamed of building a capital that would equal Constantinople in grandeur and importance. He called his dream the "Third Rome" and brought architects from Italy. Most of their work is still standing. 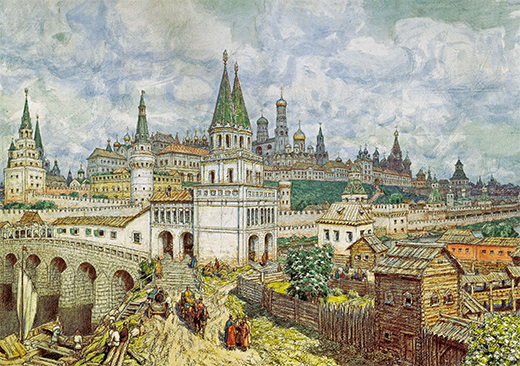 View of 17th-century Moscow Kremlin, Apollinary Vasnetsov
At the beginning of the 18th century, the capital was transferred to St. Petersburg, and the Kremlin ceased to be the residence of the tsars.

After the Revolution, the Bolsheviks moved the capital to Moscow and settled on the grounds of the Kremlin. Lenin, Stalin, and some members of the Soviet government lived on the territory of the Kremlin. Since Soviet times the word "kremlin" has become synonymous with "government of Russia".

Does anyone live in the Kremlin these days? In fact, yes and no. The president lives not in the Kremlin, but in his residence outside of Moscow. Kremlin serves only as an official place of work.

The Arsenal building houses the barracks of the Presidential Regiment, where the servicemen of the Presidential regiment live, however, this hardly makes the Kremlin residential. There are no classic "residential areas" where, for example, officials or just wealthy citizens would live on the territory of the fortress.

What to see in the Kremlin?

"The Kremlin deserved a journey to Moscow" is the truism penned by French traveler Marquis de Custine in the 19th century, and it is still relevant today. Don't miss your opportunity to book the tour of the Moscow Kremlin.

Cathedral Square of Moscow Kremlin
While planning your visit you need to think of what would you like to see. You may book different types of tickets: Kremlin grounds with cathedrals, Armory Museum, Diamond Fund, Ivan the Great Bell Tower, Archeological exhibition.

Did you know that Kremlin is the largest fortress in Europe? Walking around its vast territory of 28 hectares you’ll discover ancient churches, gardens, and unusual monuments. During your walk around the Kremlin Grounds, you will see: 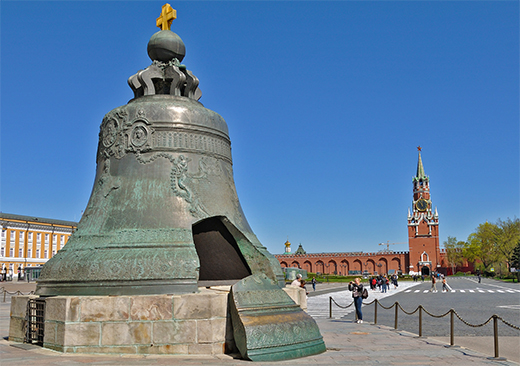 Your ticket to the Kremlin grounds includes a visit to The Kremlin cathedrals. How many churches are in the Kremlin? 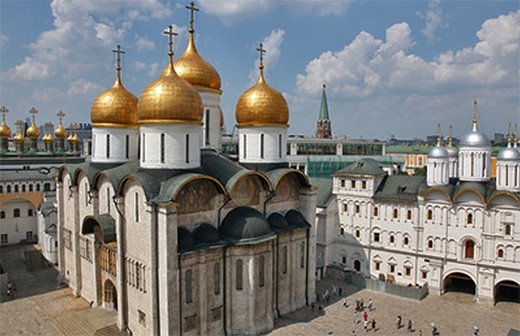 You can visit three 15th-16th century cathedrals.
You may also visit two churches:
The bell tower of Ivan the Great also had a church in the past but it was later converted into an exhibition hall. 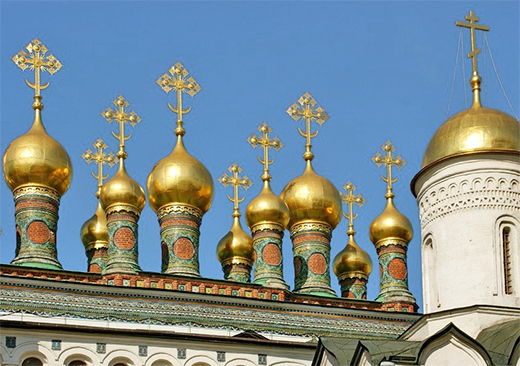 Other Museums in Moscow Kremlin

In addition to visiting the Kremlin grounds, you might also visit the following sights: 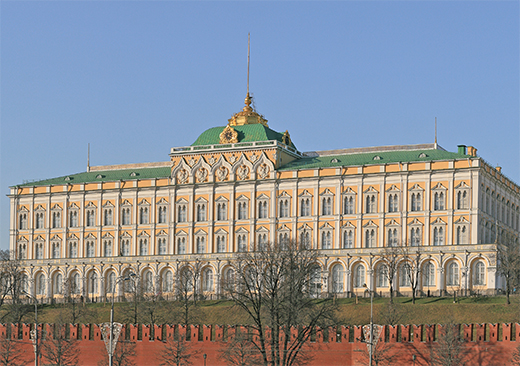 The Kremlin is included in our classic tours with our Moscow tour guide.

The Kremlin is closed on Thursdays.

Please note that a ticket purchased online or at the Kremlin ticket office doesn't allow you to explore Kremlin with a guide. If you are willing to have a  guided tour of the Kremlin, we'll need to book a visit including permission to guide.