We invite you to visit the apartment-museum of Mikhail Bulgakov who is a remarkable Russian writer. The author of  The Fatal Eggs, Heart of a Dog, The White Guard  Bulgakov is best known for his novel The Master and Margarita, published posthumously, which has been called one of the masterpieces of the 20th century. 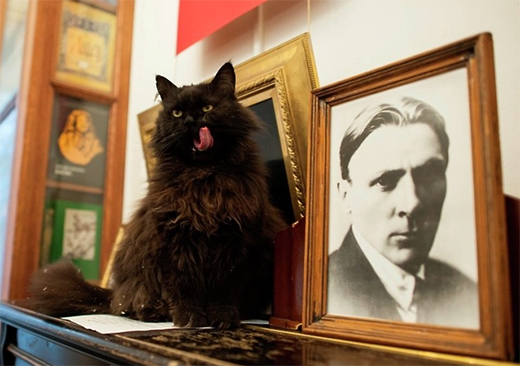 Today you can visit the communal flat № 50, where Mikhail Bulgakov and his wife lived during 1921–24. This flat became the prototype of that Odd Flat, described in Master and Margarita,  where the Devil with his court settled up.
Inside the museum you can discover personal belongings, photos, and several exhibitions related to Bulgakov's life and his different works. The tour will also give a chance to see a typical Soviet communal flat and learn about the everyday life of an average Soviet citizen of 1920s.
Not far from Bulgakov House are the Patriarch Ponds, an area described in The Master and Margarita.  This is where  in the beginning of the novel  the stranger approaches to Berlioz and predicts his rapid death.

After the museum tour your Moscow guide can bring you to Patriarchs Ponds and possibly show other Moscow sights described in Bulgakov’s novel.
Top Moscow and Russia tours