20.09.2013 – 20.10.2013
This year art lovers have a chance to attend the 5th Moscow Biennale of contemporary art which is the largest cultural event taking place every 2 years. The main project will run from will September 20  till October 20 at the Manege Exhibition Hall. 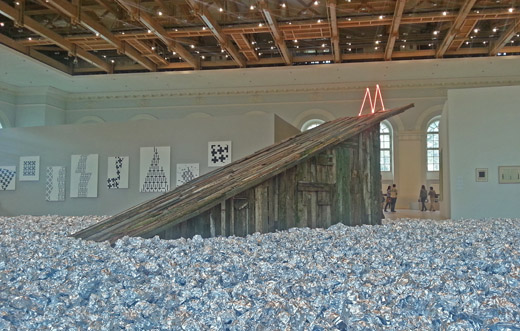 Moscow Biennale involves most important art centers, museums of the city including the Moscow Museum of Modern Art, Garage art centre, Tretyakov Gallery, Museum of Jewish history, Vinzavod. The main project called "More Light' is held in the Manege, which is one of Moscow's major art venues and is located right across the Kremlin. The project involves 72 artists and artistic groups, including 13 from Russia. Around 30 works were created specially for the Manege Exhibition Hall. Among them are works by artists such as Alfredo and Isabel Akilisan, Alexander Brodsky, Dzhumaadi, David Klaerbout, Koshlyakov, Alia Syed, Yona Friedman and others. The largest exhibition of contemporary art projects bring together artists from 40 countries, many of them show the works in Russia  for the first time.

A prominent architect Yona Friedman presents a gigantic floating structure  made of paper and cardboard, which is a continuation of his theoretical and practical research in the direction of " utopian architecture." 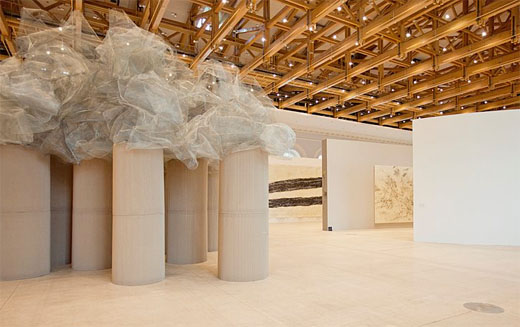 "Imaginary Dwelling" by Ed Pien (Taiwan / Canada, 1958) is composed of transparent cabins located inside the large tent (6x6 m ),  which is filled with dancing , moving , reflected in many mirrors shadows. In this work Ed Pien raises the topics of migration and life away from home, the loss of roots and the removal of ethnic differences. 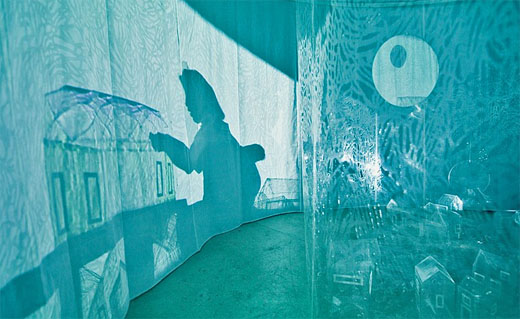 Each hour (from 1 to 9 pm) Manege offers a free tour of the exhibition (In Russian only). All explanations in the gallery are in Rusian and English. If you come to the museum with your kids (older than 3) you can leave them in a playroom for free.