28.06.2017 – 28.07.2017
A moth-long Flower Festival is to open at GUM Department store on June 28, as if taking up the mantle from Aptekarsky Ogorod. The indoor festival will be a great pleasure to visit if you are not quite ready for oh so changeable Moscow weather. About 370 000 plants of 17 species will be put on display, among them such beauties as geranium, blue lobelia, marigold, and coleus. 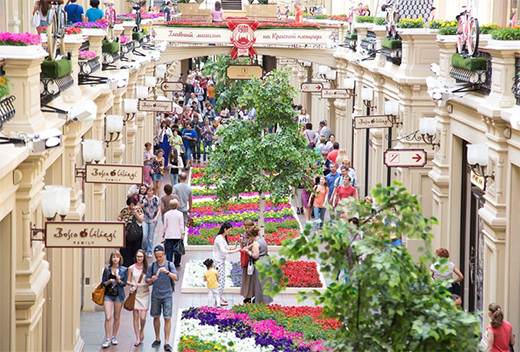 Even facades of the building will be decorated with petunia pots. Special sprinkler system will be saving the freshness and bright colours.  The outdoor part, however, is also worth looking at – the representatives of the fest promise to create spectacular floral carpets.  For the fifth time already Russian actors, musicians, and TV hosts are going to join an opening ceremony and do some gardening. Some of them even have their traditions, whether it’s wearing «lucky» protective gloves or making wishes upon certain flowers. Every discussion on gardening subtleties and little secrets would be an asset. 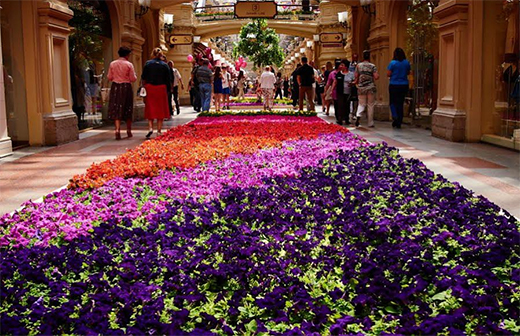 We invite you to explore Red Square and Gum during one of our classic tours with a Moscow guide.