16.12.2015
We invite you to explore "a small town" in Moscow known as the Bolshoi theatre. You will have a chance to see fabulous halls with restored 19th century interiors, learn about most advanced technologies used in the theatre today and even go behind the scenes to see the rehearsal hall and maybe even watch the rehersal (if there is something scheduled). 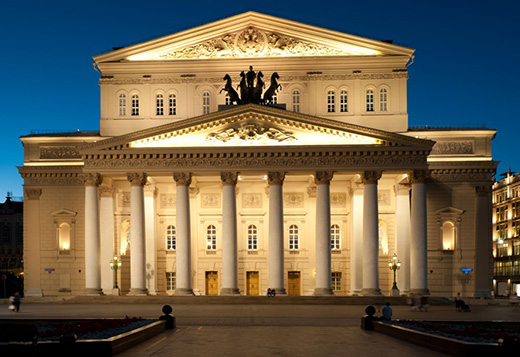 The history of the theatre goes back to the late 18th century while the existing old building  is the third one designed by a talented architect Albert Cavos in 1856. During the Soviet years the Bolshoi was refurbished a few times as a result the original tsarist interior and acoustics were seriously damaged. Nowadays after recent renovation experts might prove that the unique acoustics and interior decorations of the theatre are restored at full scale.
To learn more about the secrets of the Bolshoi -  join this group tour on December, 14th
Tour duration: about 2 hours
Tour cost for the group of 10-15 people:2200 Rub pp
Sign up for the tour at bridgetomoscow@gmail.com ( Katerina)