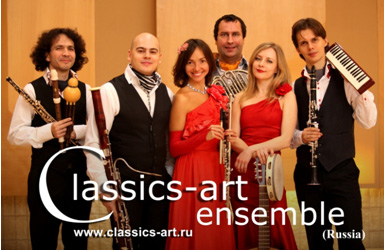 The ensemble was created in 2002. Since that time the ensemble has been having a basic group of six people. As the main concept of the ensemble, there is an idea of interaction between music and theatrical component.

The Six musicians perform on more than 20 instruments. The main group is - flute, oboe, clarinet, bassoon, french horn, piano, but guitar, harp, recorders, ethnic instruments and tape are also included. By this time, they have had some achievements- including participation in well-known festivals, various competitions, tours in Russia, Israel, Italy, Finland, Poland, Estonia, Latvia, Ukraine etc. 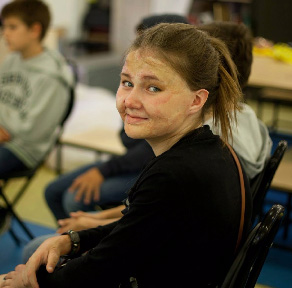 
This charity organisation was set up in 2001 by a group of doctors at the Speransky Children’s Hospital, Moscow. The charity gives support to Russia’s biggest pediatric burns center.
Funds raised by the charity are used for purchasing medical equipment and materials. The charity also runs a successful program for the psycho-social rehabilitation of burned children.