Circle of Light festival is a significant event in the life of Moscow. The program features multimedia and musical shows, light and laser installations, audio-visual performances and more. This is a unique project that allows everyone to reveal the familiar face of Moscow in a new light. The admission is free 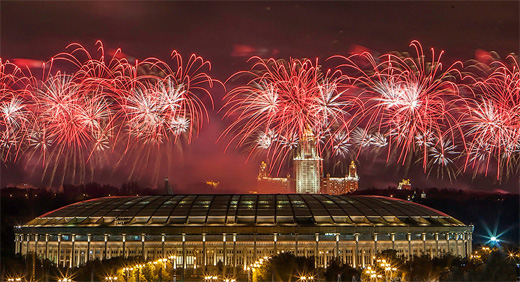 If you are planning a tour of Moscow on October 10-14 we highly recommend you to see the colorful shows that are held in Moscow these days. 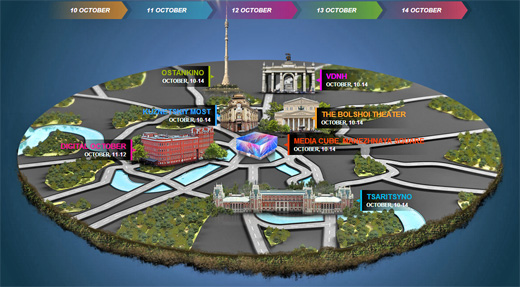 The festival will start on October 10 at 20.30 with a spectacular show at the Ostankino pond. "Around the World in less than an hour" is a performance that combines several elements - fire, water and air and will end with fireworks. You can see the show each day of the festival from October 10 – October 14.
The museum-reserve Tsaritsyno offers visitors the Russian and foreign light installations, as well as laser light show on the facade of the Grand Palace of Catherine the great.
The Bolshoi Theatre façade will become a screen for video mapping - unique 3D-projections, developed by light-designers. The show will start each day at 7 pm and finish at 11 pm. You can see more light installations in a walking distance from the Bolshoi on Kuznetsky most street.

Another colorful venue of the festival is the VDNKh. The central avenue will be decorated with light installations. Come to pavilions №1,№12 and Cosmos & Rocket pavilions to see "ART VISION" contest. Professional and aspiring artists from 16 countries will show their works to the public and judges.

You can find more info about the festival on the official website . Your Moscow city break will be more colorful if you spend at least one evening watching the Moscow light performance.