Coronations of Russian Tsars and Emperors in Moscow Kremlin 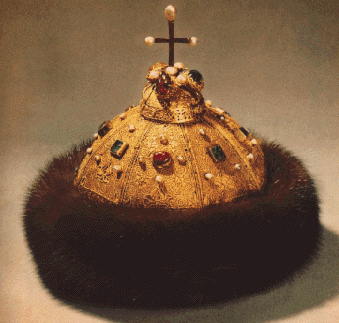 Monomakh's hat
The Moscow Kremlin hosts a unique exhibition in the halls of the Assumption Belfry and  the Patriarch's Palace's dedicated to the coronation ceremonies of Russian tsars and emperors. The large-scale project  incorporates precious relics related to the Russian traditional coronation ceremonies and celebrations carried out in the Moscow Kremlin. The exposition is divided into two parts. The first one is dedicated to the consecrations of Russian tsars in the Moscow Rus in the 16-17th centuries and the second - to coronations in Russia during the 18-19th centuries. Thus it traces the history of the coronations over a few centuries. Among  almost 400 exhibits, you might find the famous Monomakh's hat (specially made for Ivan the Terrible and worn once in a lifetime by all generations of Russian tsars), coronation dresses, thrones as well as less known documents, etchings etc.

Visit the exhibition during your Moscow Kremlin tour with your Moscow tour guide and indulge in the ambiance of abundance and wealth of the roal family.