Elegance and Splendour of Art Deco


30.09.2016 – 11.01.2017
Art Deco is a bright artistic phenomenon of the XX century that became popular in the 1920s and 1930s. This style absorbed elements of the European classical music, folk traditions and modernism and influenced the design of buildings, furniture, jewelry, fashion, cars, movie theaters, trains, and even everyday objects such as radios and vacuum cleaners. 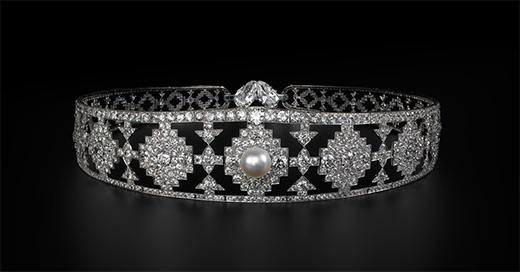 The role of women in the era of Art Deco was becoming more and more significant. The ladies behaved in a more emancipated way, cut their hair short, used bright make up and often smoked in public. The fashion was also changing a lot.

Today during your tour of Moscow Kremlin you can see a large exhibition of  Art Deco female outfit such as evening dresses, coats, cocktail ensembles, robe de style – a special kind of gala dress which appears in the women’s wardrobe in the Art Deco period. Overall One hundred nineteen samples of women’s wear designed by  Coco Chanel, Worth, Poiret, Lucille, Paquin, Callot Sisters, Lanvin, Boué Sisters, Fortuny. Moreover, visitors will have a chance to see jewels of 1910–1930s created by outstanding jewelry houses Cartier and Van Cleef & Arpels. 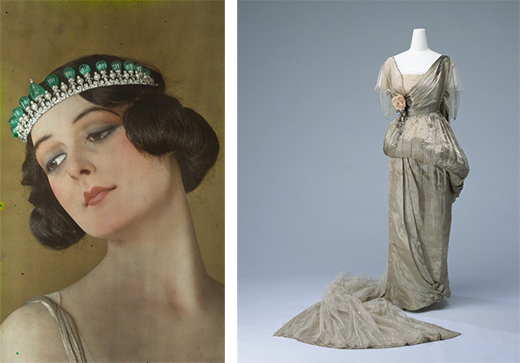 This collection arrived in Moscow from the Kyoto Costume Institute collection. The exhibition is held in the One-Pillar Chamber of the Patriarch's Palace and the exhibition hall of the Assumption Belfry.