10.06.2016 – 30.06.2016
This June all the admirers of “Soyuzmultfilm” will have a great chance to celebrate the 80th anniversary of this famous Russian animation studio in the Museum of Moscow. “Cartoon capital” exhibition will give you a chance to learn more about its history, see 6 chronological blocks of cartoons and enjoy different play zones. Also, the guests of the  museum will watch documentaries about famous Russian multipliers - Fedor Hitruk, Roman Kochanov, Eduard Uspensky, Leonid Shvartsman, Jury Norshtein and many others. 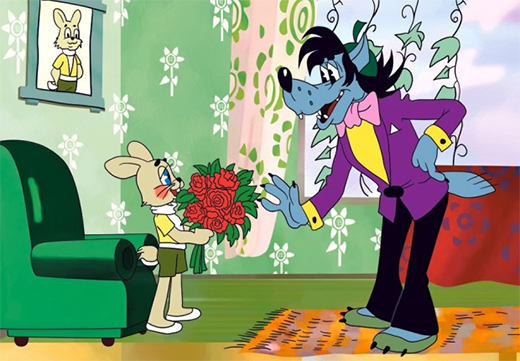 “Soyuzmultfilm” Russian animation studio created more than 1500 cartoons. Many of them got international awards and became the classics of the genre. One of the most popular Soviet series is “Nu pogodi!” which is translated in English as “Well, just you wait!” This Russian equivalent of “Tom and Jerry” shows the adventures of mischievous Wolf trying to catch a Hare. Now it's hard to believe that in 1969 Vyatcheslav Kotenochkin was the only animator who believed in the potential of this funny story. As a result, the project lived up to 1993 and was translated to many other languages.

Moscow tour guides recommend that you visit this unique exhibition and learn more about the process of creation of world-famous cartoons like “Winnie-the-Pooh”, “Crocodile Gena”, “The Musician of Bremen”, “Three from Prostokvashino”, “Snow Queen” and “Hedgehog in the Fog”. By the way, some of them you can see here with Russian subtitles. We hope you will have a really good time!