16.03.2019 – 18.08.2019
All art admirers are welcome to the New Tretyakov Gallery to see a large-scale exhibition of works by Ilya Repin. He was  the most renowned Russian  realist artist of the 19th century and his position in the world of art was comparable to that of Leo Tolstoy in literature.

The exhibition at the State Tretyakov Gallery on Krymsky Val is  dedicated to the 175th anniversary of  Ilya Repin.A large-scale retrospective includes over 300 canvases and drawings. Guests of the museum will see the master's works created from 1870 to the end of the 1920s.

In addition to well-known paintings such as Barge Haulers on the Volga, Unexpected Return, Reply of the Zaporozhian Cossacks to Sultan Mehmed IV of the Ottoman Empire, little-known works were selected for the exhibition, and they will be a real discovery for the Moscow public.

Please be aware that tickets for the exhibition can only be bought in advance and are not sold on the day of the visit at the box office. 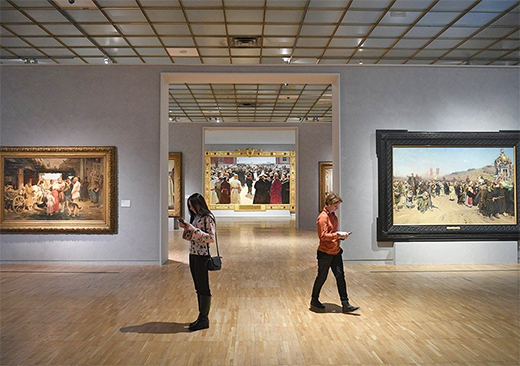