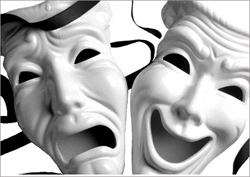 Autumn is the perfect time when most drama and opera theatres are ready to present to picky Moscow audience their new stage productions. One of the events of this autumn is the 8th International Theatre festival Stanislavsky Season  dedicated to the 150th anniversary of  birth of an outstanding theatre reformer K. Stanislavsky. It will be held in Moscow from October, 04  till November, 07.
As usual this festival will give Moscow audience as well as foreign tourists the opportunity to see new tendencies in the development of theatre which are reflected in both foreign and Russian productions.
The schedule of performances can be seen on the official web-site of the festival.
Our Moscow tour guide will be glad to assist you in purchasing tickets for the Stanislavsky Season festival.