29.07.2016 – 20.11.2016
All the art buffs who haven't visited the famous exhibition in the Tretyakov Gallery, still have a chance to do it this autumn. Next year on the 29th of July 2017 the admirers of the great Russian marine-artist Ivan Aivazovsky will celebrate his 200th anniversary. This cultural event will give you a chance to learn more about life and work of the master and enjoy unforgettable paintings that have been appreciated worldwide. 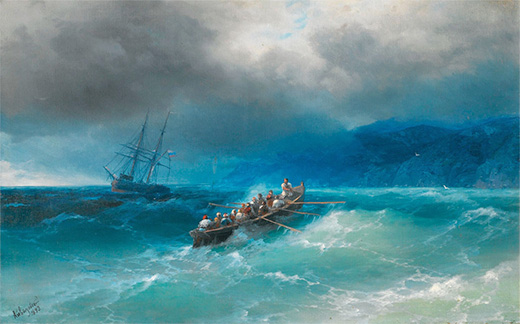 During his almost 60-year career,  Ivan Aivazovsky created about 6,000 paintings. He revealed the genre of “sea landscape” for Russian art and transformed it into the main theme of the second part of the XIX century. Visiting Tretyakov Gallery, you will see about 120 works of the painter that have been chosen according to the author's evidence. The exhibition is divided into several theme parts. For example “Sea symphonies” include famous sea views – calm, wish small waves and stormy, while “The whole world was small for him” tells the viewers about his traveling. 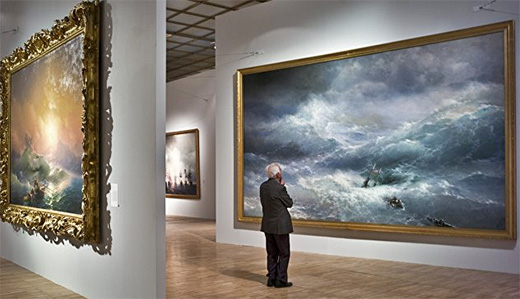 If you have time to attend this cultural event during your Moscow tour, we recommend that you pay special attention to the restored work “Near the banks of Caucasus” that has never been exhibited before. Get more information on the exhibition and you will be able on the official site of the Tretyakov Gallery. We hope you will have an unforgettable time!