Being afraid of Russian winters most tourists still prefer to visit Moscow in summer time.  That is the time of tourist hordes queuing to the Kremlin and the Armoury. 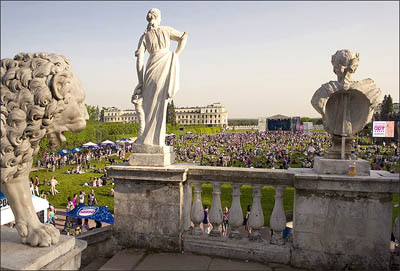 To escape these flows, you can attend the feast of music and art, the open-air jazz festival which takes place in Arkhangelskoe estate, about 15 km to the west from Moscow. It is held on the first weekend of the summer, 4-5 June this year.

Arkhangelskoe itself is a palace and park ensemble of classicism, a monument of Russian culture, the estate that once belonged to the nobility of Russian society. The artistic value of the estate, intended "for fun, not for profit", had already been noted in the XVIII century. Being a center of arts and social life Arkhangelskoe integrated jazz into the heart of the Russian Country Estate and made us look differently at palaces and scenic beauty, enjoy the riot of colors and mixing genres, savoring every drop of art like good wine, dive into the mystery of new music. 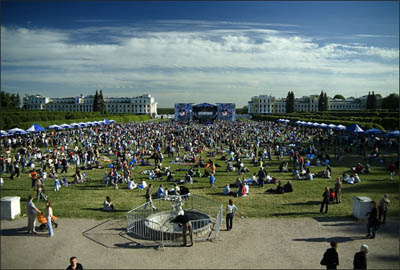 We suggest you attending Arkhangelskoe jazz festival during your Moscow tour.  Feel free to ask Moscow tour guide to purchase tickets and get to the destination.

Enjoy your summer in Moscow.