Home → Moscow events → Look into the eyes of war exhibition.

Look into the eyes of war exhibition.

"New Manege" gallery presents an exhibition ‘Look into the eyes of  war . Russia in World War I in the newsreels, photos, documents’ dedicated to the 100th anniversary of the First World War. 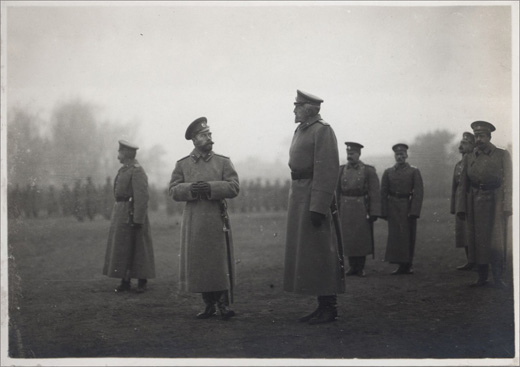 The exhibition tells the story of the war through original documents, photographs, letters, maps of major battles, eyewitness accounts, cards and posters.  You can see
the unique documents that shaped the course of history of the twentieth century, including the correspondence of Emperor Nicholas II with European monarchs and commanders of armies, the diaries of Nicholas II and Tsarevich Alexei, the documents of the Provisional Government, photographic albums of the imperial family and and hundreds of other items collected in the archives of Russia, Ukraine, Belarus, Serbia, Germany and the UK.

A special place in the exhibition is devoted to art from the collection of the State Tretyakov Gallery, the State Russian Museum and the Imperial War Museum in London. You will see rare works  by Natalia Goncharova, Kruchenykh, Pavel Filonov, Viktor Vasnetsov.

The exhibition is focused on the  use of interactive media. Thus  "The river of Time" digital panel will help visitors to understand the sequence of events of the First World War. You can see 15 short documentaries that are based on the unique newsreels, filmed on different sides of the front line. Multimedia technology will give visitors the opportunity to immerse themselves emotionally in the events that happened a century ago.

If you love history we’d recommend to include the visit to New manege gallery in your Moscow tour.