"Lost Illusions - Paul the First' is an exhibition devoted to one of the most intriguing and controversial political figures in Russia. Emperor Paul ruled only 4 years 4 months and 4 days. This year marks 210th anniversary of his death. 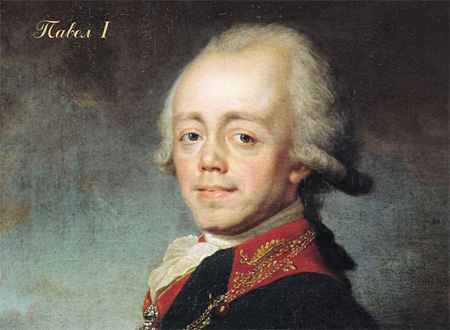 Paul was crowned at the age of 42, he had been preparing for power for so many years. Educated, energetic, thoughtful Prince Paul Petrovich was dreaming of creating a perfect state in Russia He had a program of reforms in his mind.  But when he became an emperor no one took him serious. He was supported neither by The Russian nobility nor by his own family. He soon felt very isolated and his ideas were considered too idealistic, even absurd.  His short time in power was finished by his assassination.

We often imagine Paul as a totally mad emperor. But isn't it the image created by his assassins and their supporters? Shouldn't we try to understand the tragic fate of the emperor, who was doing his best to serve to his Fatherland? The exhibition focuses on different aspects of Emperor Paul's life: his reforms, relations to the Malta Order, internal and external politics, and the story of his assassination.

The exhibition takes place in Tsaritsino, one of the most picturesque Moscow parks. The walk around this old royal estate will definitely enrich your Moscow tours itinerary