18.07.2017 – 23.07.2017
For the 13th time already, Russia is proud to organize one of the largest aviation forums in order to demonstrate latest achievements in aviation engineering and technology. International Aviation and Space Salon will be traditionally held at Zhukovasy. The exhibition part promises to display a wide range of ingenious aerospace items, design features and aerodynamic improvements. 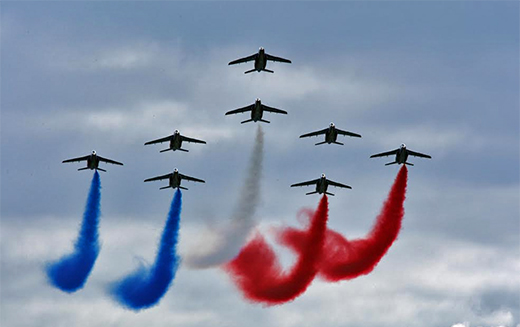 The forum isn’t limited to exhibition section, it also provides visitors with opportunity to watch spectacular air maneuvers and stunts performed by high-skilled pilot teams. Mastery of Russian Air Force will once again be represented by two famous teams – "Strizhi" and "Russkiye Vityazi".

In addition to traditional airshow and brand new armaments there will be some surprises. For example, students of Moscow Aviation Institute are to present Calibri training complex, which allows to not only watch drones, but also perform their ground control.

You may find more information regarding tickets, participants and full program on  of the event.