Maslenitsa is a festival of eating, drinking and merrymaking. In pagan times it was the sun-festival, celebrating the imminent end of winter and the start of Spring.  Nowadays Maslenitsa is also a Christian holiday. It marks the last week before Great Lent. For the religious people it might be the last chance to feast and make fun before a long period of fasting.
The most traditional food of Maslenitsa is bliny (Russian pancakes, similar to the French crepes). Being warm, round, and golden blyni are often said to symbolize the sun. 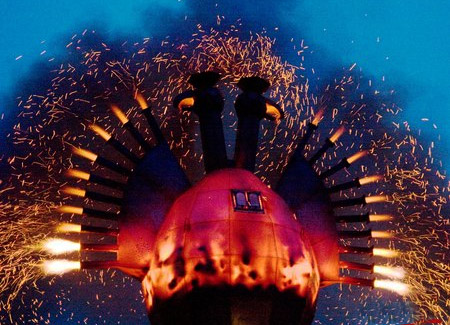 This year's Maslenitsa in Moscow will be held at two main sites, Gorky Park and the skating rink on Red Square. The festival on Red Square is targeted for socially vulnerable groups only; all other guests are welcome to visit Gorky Park.

The celebrations will last for 3 days from Februry 24 – February 26. The visitors will have a chance to listen to ethnic, pop and rock music, try tasty pancakes and participate in numerous competitions. The festive culmination of the day will be burning the Lady Maslenitsa figurine, created by a modern artist Nikolay Polissky. On February 26 there will  be a TV link-up between Gorky Park and Russian Winter festival in London's Trafalgar Square

According to Moscow authorities Maslenitsa will be celebrated in 350 sites around Moscow.  During your Moscow tours we invite you to visit  Kolomenskoe, Tsaritsino, or VVTS parks. Lots of Moscow museums prepared a special program.

Willing to learn about Maslenitsa music traditions? The central Museum of Musical Culture (4 Fadeeva street) is waiting for you on Feb 20 -26. You'll hear about the ancient customs of the Slavs, listen to the music of Russian composers and Russian folk songs, dance "Quadrille", learn to play Russian folk instruments, take part in numerous folk competitions, and, of course, taste the real delicious pancakes.

Maslenitsa is celebrated all over Russia. A very interesting program is waiting for the visitors of Suzdal, Yaroslavl or Pskov. If you have only one day we suggest visiting etnomir, a fantastic etnography park, located only in 1,5 hour drive from Moscow. Here on both days Feb 25 and Feb 26 you can have a fantastic experience of  real Russian folk holiday. 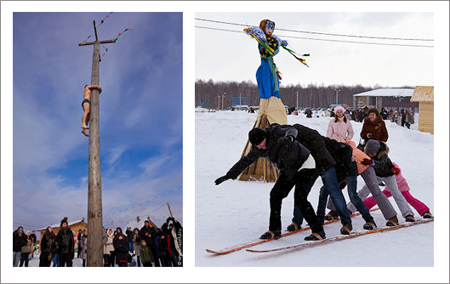 Your Moscow tour guide will be happy to accompany you to the greatest  Maslenitsa destinations in and around Moscow.