20.05.2017 – 19.08.2017
"Military Orchestras in Parks" is the season of concerts given by  the participants of "Spasskaya Tower" festival. This year the festival celebrates its tenth anniversary and will take place on Red Square from the 26th August till 3th September 2017 . You’re welcome to join free concerts of military bands in Moscow parks. 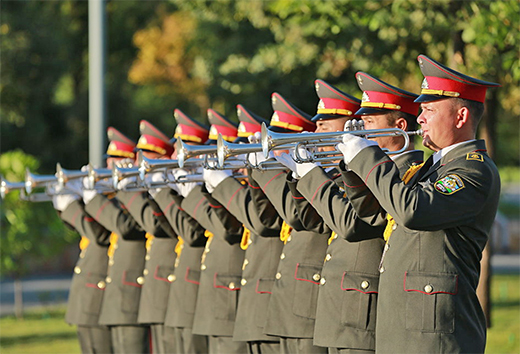 The program in August

August 5, 5 pm, Izmaylovsky Park
The orchestra of the troops of the National Guard of the Russian Federation

August 6, 5 pm, Victory Park on Poklonnaya Hill
The orchestra of the Ministry of Emergency Measures of Russia

August 12, 5 pm, Muzeon park
The Orchestra of the troops of the National Guard of the Russian Federation

We’ll be happy to include a quick visit to the park concert in your Moscow tour itinerary.