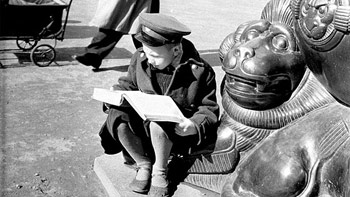 Recently opened project   "Moscow history. XX century"   is a unique opportunity to travel back to Moscow of the first half of the twentieth century.

More than 300 archival photographs of Moscow, covering the period 1900-1960s, depict the past of the capital: the lifestyle of its citizens, the alterations in the architectural appearance of Moscow, iconic historical events.

The photographs of 30 leading   photographers, selected by our curators for this project, reflected different aspects of life in the capital for half a century: Russian Revolution (1905, 1917), replacing the imperial eagles on the five-pointed stars on the towers of the Kremlin (1935), well-staged parades of 30s, The Great Patriotic War (1941-1945) and the Victory Parade, Moscow University building on the Sparrow Hills (1953) and the opening of the stadium Luzhniki (1957), IV International Festival of Youth and Students (1957) and many other events that are important for Muscovites' life. 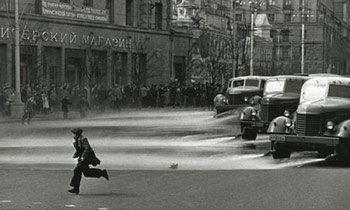 Moscow XX century
Due to the unique feature of reporting photography to preserve the finest details and atmosphere of bygone days for the nest generations, it will be possible to see trucks on Red Square, long lines to the Lenin's Tomb, double-decker trolleybuses on Moscow streets. The demolition of old town, construction of Stalin's high-risers, war-time Moscow and the first days of pacific life are reflected in old photos of Soviet and Russian professional photographers as well as amateurs.

It is worth visiting this exhibition for those interested in Soviet epoque. Ask you Moscow tour guide to accompany you there during your Moscow tour.