The «Circle of Light» Moscow International Festival is an annual event at which lighting designers and specialists in audiovisual art from various countries reinvent the architectural scene of Moscow by using video mapping. The buildings that symbolize Russia, such as the Bolshoi Theatre, the Moscow State University, VDNKh, and others transform into canvases for large colorful video projections. The admission to all festival venues is free. 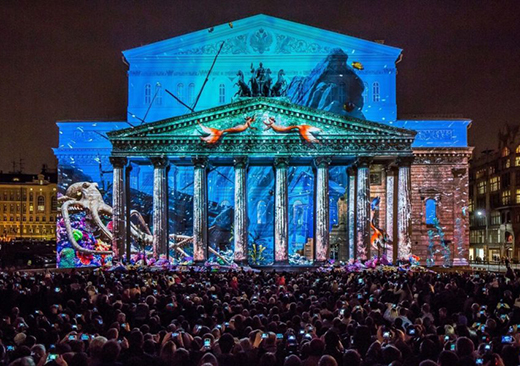 For several days the most famous buildings of Moscow will be decorated with grandiose video projections, the streets will shine from bright installations. Enchanting multimedia performances with fiery, light and laser special effects and fireworks will help you forget about the gloomy autumn mood. 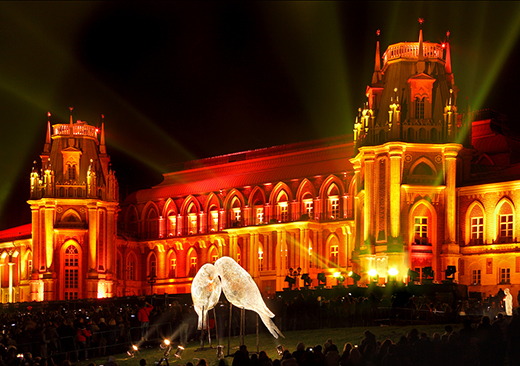 The festival will start with a multimedia presentation "Carnival of Light" at the Grebnoy Channel. In Tsaritsyno, viewers can enjoy two visual performances: the Phoenix bird and the civilization of the future. The facades of three theaters at the Theater Square will be decorated with a panoramic video projection, and the territory of the park Kolomenskoye will be filled with realistic illusions. The culmination of the holiday will take place where the festival starts, at the Grebnoy Channel. There will be a large-scale musical and pyrotechnic show accompanied by colorful video-mapping.

You can check the event schedule on the official festival website: