15.03.2017 – 26.03.2017
This year Moscow Irish Week, the largest Irish festival in Russia, marks its 25th anniversary and invites every fan of Irish culture to join the grand celebration. You are welcome to become part of the festival that features various music and dance performances, book presentations, concerts and special film screenings (all films are shown in English with Russian subtitles). 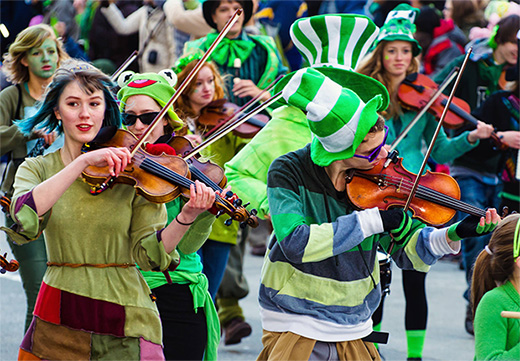 One of the main events of the Week - the Saint Patrick's Day Parade – will traditionally be hosted by Sokolniki park on Saturday the 18th of March at midday. Everybody’s encouraged to wear as much green as possible, dive into mind-boggling atmosphere of Irish holidays and enjoy the carnival. The outdoor celebration will be followed by 8-hour gala-concert Day and Night held in Izvestiya Hall club. Do not miss a chance to see the best dancers of Ireland and Russia in a legendary Dance Irish performance and to listen to energetic rhythms of Bards of Bedlam. All tickets and performances’ schedules are available at   We hope you will have a great time and unforgettable impressions! 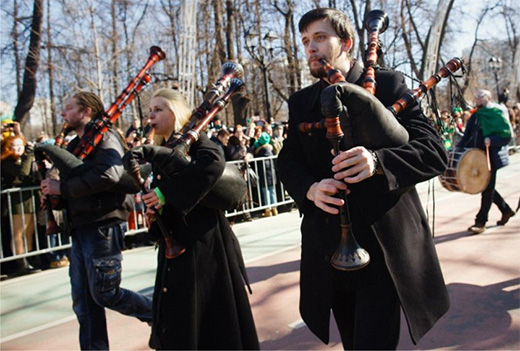 Why not join St Patrick celebrations if your Moscow tour happen to be in the middle of March?