15.07.2016 – 07.08.2016
All sweet tooth are welcome to ‘Moscow jam” festival.  The visitors will have a chance to taste about 200 kinds of home-made jam including  strawberry, apricots, cherry, raspberry and other fruits and berries of the season. If you are more adventurous you’ll find lots of exotic deserts such as jam made of Armenian eggplant, Mexican cactus, French oranges, chanterelles or dandelion. 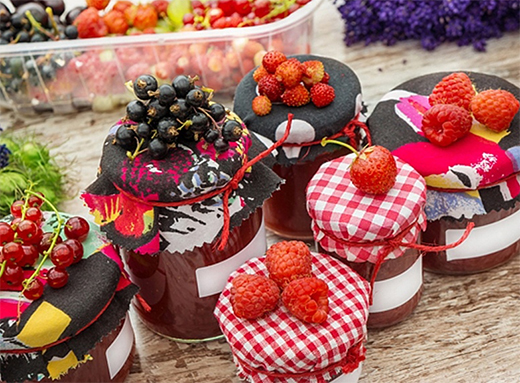 "Moscow Jam" festival will be held  on central pedestrian streets, boulevards and squares of the capital.

Thus visitors of Kuznetsky most street  will get into "Alice in Wonderland" the fairy tale, where they can not only enjoy a traditional English tea and a sandwich with jam or brownies but also learn about English etiquette at the tea table.

Rozhdestvenka street will reveal beauty secrets of Moroccan women. You can learn how to use argan oil rose, orange blossom and mint in cosmetics. Here you can taste the oriental dishes such as orange salad, baklava with pistachios, hazelnuts, honey syrup, marshmallow chicken.

Pushkin Square will house the Bavarian village.  Every day of the festival here you can see traditional Tyrolean singing and dances, and get  a delicious pretzel or bagel.

Arbat street will offer a   variety of jam from olives, walnuts and other traditional desserts from Greek cuisine