It has become a tradition for a lot of Muscovites to welcome New Year on Red Square, listen to live chiming clock, drink champagne and watch fireworks. This year the main fireworks will start at midnight on Moskvoretskaya embankment (it is the area where the hotel Russia was located in the past). 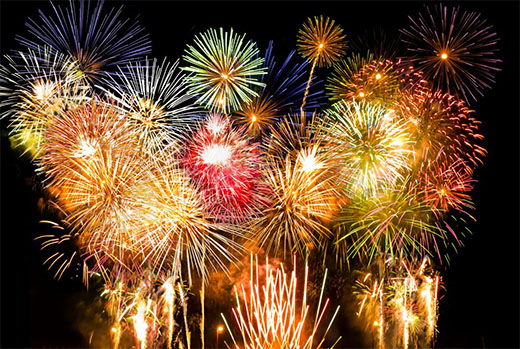 You can also watch fireworks in many Moscow parks: Fili, Izmailovo, Sokolniki, Perovsky. Kuzminki, Hermitage garden, Presnya, Muzeon and others.

you can find more info about other spots to see fireworks
Why not watch spectacular fireworks during your Moscow tours if you come to Russia to celebrate New Year?