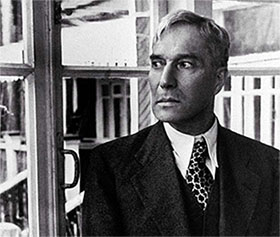 This year on February 10th the admirers of the Nobel prizewinner in literature Boris Pasternak celebrated 125th anniversary of the famous Russian writer and poet. On this occasion the State Literature Museum opened the fascinating exhibition called “Moscow of Boris Pasternak in events and persons”. It is based on the unique materials and things provided by his family members. If you want to learn more about writer's personality, take your time to attend this event and see his family photos and letters to his friends, enjoy graphic works of his father Leonid Pasternak and other curious exhibits, that have never been displayed before.

A special part of this exhibit contains rare photos and newsreel reflecting the changing life of the country in the 20-s-30-s of the XX century. Here you can learn some key points of Pasternak's biography and see the installation devoted to the victims of repressions, the poet's close friends. The numerous exhibits tell the visitors about Pasternak's life in Peredelkino, his evacuation in Chistopol, his Literature Nobel Prize-winning novel “Doctor Zhivago” which later turned into political persecution of the poet. His lifetime editions with dedicatory inscriptions, authographs, photos taken by his friends and an interesting film about poet's destiny will give the guests of the State Literature Museum a vivid idea of his life and personality.

If you are interested in Russian literature and especially in works of Boris Pasternak, we recommend that you include the visit to Peredelkino writers´ village into your Moscow tour programm. You will have a great opportunity to feel the atmosphere of a place that inspired the writer for many years, see some household objects that surrounded him and listen to the immortal poems of the master.