21.12.2016 – 26.01.2017
As you perhaps know, 2016 witnessed a great change in Moscow traffic life – opening of a brand new railway line, encircling the city. The Museum of Moscow holds an exhibition on different stages of the Moscow Central Circle (MCC) development. 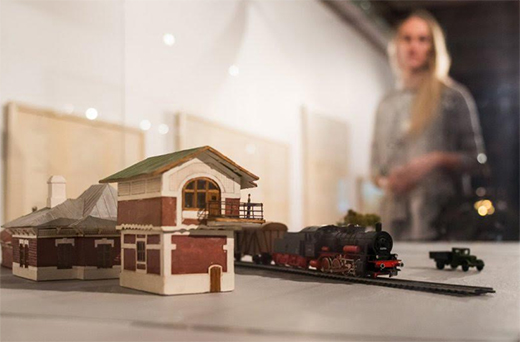 The exhibition puts on display original sketches of the Central Circle project of the XIXth century. You will see design drawings of station buildings, which have become unique samples of Moscow modern and eclectic style. The exhibition also features various clothing pieces, accessories, lanterns and shows schedules, posters and photos of the epoch.

The drawings of the original line are complemented by works of modern artists, which they dedicate to recently opened stations and future ones. The second part of the exhibition includes art-objects, installations and paintings. A series of 3D objects deserves special attention, as they are made to create an illusion of movement.

Visitors will get a chance to watch a documentary, which includes the most interesting sights of the new circle line. Moreover, the Museum of Moscow provides guests with an audio version of one of the most popular tours of the city sightseeing agency along the Moscow Central Circle.