29.04.2018 – 07.05.2018
If you want to sing from the feeling of finally coming spring, do not hold back. Sing along to participants of the contest "Moscow Spring A Capella", which will decorate this spring in the capital. This year, 1500 performers from 22 countries take part in the competition. In total, 38 sites will be organized, which will host more than 1,000 performances 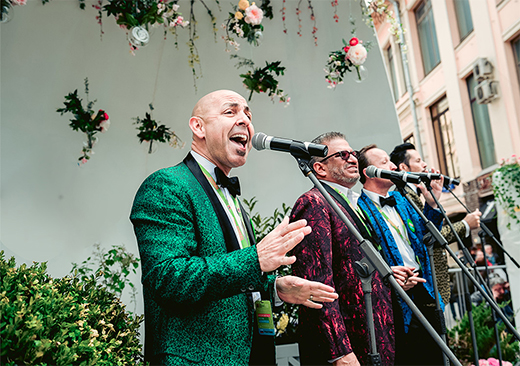 Stages will be installed in the central areas, but the venues are not limited to these places. As in the past year, the program of the festival has a place for several unusual concerts on balconies, roofs and in other unexpected sites. So, for example, walking on Rozhdestvenka, one can hear a concert of vocal collectives - the stage will be installed on the balcony of the hotel "Savoy". You will see small vocal groups on the balcony of the building of the newspaper "Izvestia". Guests of the festival will be pleased not only with the excellent sound, but also with musical diversity. After all, "A capella" is not only classic, but also jazz, rock, hip-hop and reggae. Festival venues are traditionally decorated with flowers and art objects with a spring mood.

Find details on the