04.11.2017
Have you ever been to a music concert at a railway station? You'll have a chance to join a free concert on November 4. The event is held in the framework of Nights of Arts festival. 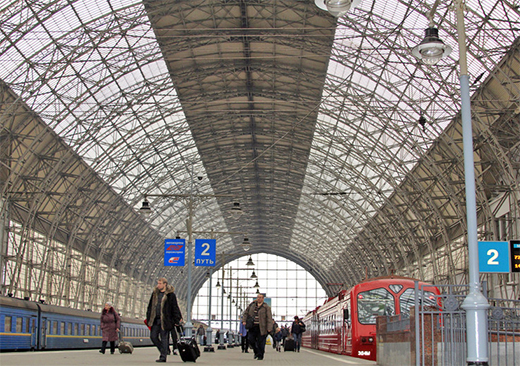 Kazan Station, November 4, 8 pm
Young pianist and composer Kirill Richter is today rightfully considered one of the headliners of the modern Russian neoclassic. Cyril writes music to the author's cinema and regularly performs at joint concerts with experimental musicians and neoclassicists, such as Hauschka and Peter Aidu.
Admission: Free

Paveletsky railway station, November 4, 8 pm
The Tarusa Chamber Orchestra was created in 2014 by conductor, composer, performer of ancient music Ivan Velikanov. In the "Night of the Arts" the orchestra will play a special  "Guests of Moscow" program, consisting of works by composers who have ever visited the capital. The guests of the action will hear the works of F. Schubert, F. Liszt, M.I. Glinka, R. Schumann, M.P. Mussorgsky, P.I. Tchaikovsky and N.A. Rimsky-Korsakov.
Admission: Free