16.11.2017 – 15.01.2018
Discover the exquisite luxury of Russian treasures at the exhibition of the Historical Museum devoted to 50th anniversary of the opening of Diamond Fund in Moscow Kremlin. 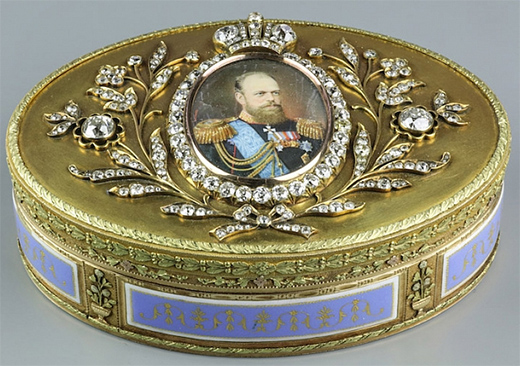 Russian rulers knew a lot about jewelry: the beauty of diamond brooches, imperial crowns, gold snuff boxes and dishes created by the best court jewelers of the XVIII-XX centuries, has not yet been surpassed by any  jewelry house. The collection of the "Diamond Fund" of Russia includes masterpieces that belonged to the house of the Romanovs, and works commissioned by the Imperial Cabinet. Some of the exhibits have a special historical and artistic value: the products of Karl Faberge, a cup made by Peter I, a snuffbox of Catherine II.

You’ll also see the work of modern jewelers. The exposition includes not only rare jewelry, but also priceless historical documents and archival materials. Why not have a look at the exhibition during your Moscow tour?