Home → Moscow events → Operas and Ballets in Moscow in December

Operas and Ballets in Moscow in December 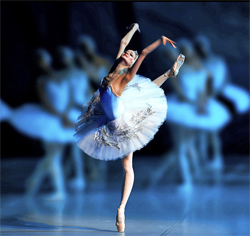 Russian opera and ballet may appear a real highlight of your Moscow tour. Where are the best places to see the performance?

Perhaps the most famous theatre in Moscow is the Bolshoi. This is one of the world's oldest and most prestigious ballet and opera companies. The historic building of theatre will impress you with great acoustics and opulent interiors. You can have a look at the theatre schedule of performances But unfortunately purchasing a ticket these days has become a real challenge. Most tickets are sold out long time in advance and black market prices might appear 600 per cent higher than the original price

If you didn't manage to go to the Bolshoi there're some other very good options in Moscow. The Stanislavsky music theatre offers high-quality productions at more moderate  prices. The program traditionally includes opera and ballet by Tchaikovsky, Verdi, Prokofiev, Puccini,  and other classical composers. Another renowned Moscow theatre is Novaya opera. The theatre was founded in1991 but it already gained reputation on the international scene. The operas  are almost entirely classical, but the performances look original and modern.

Ballet in Moscow in December