19.02.2016 – 09.05.2016
If you want to learn more about Fyodor Stepanovich Rokotov, one of the best Russian portrait painters of the 18th century, come to the State Tretyakov Gallery this spring. The exhibition of his paintings will reveal his outstanding talent. It will plunge the visitors into the atmosphere of the past. 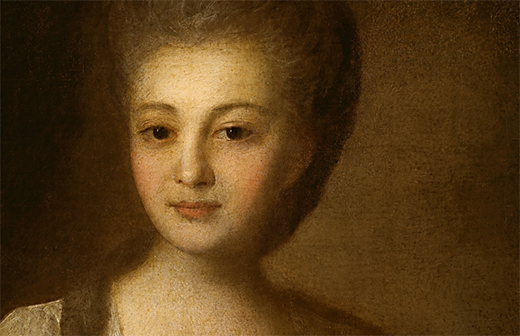 Portrait of A.Struiskaya
Rokotov was one of the first Russian painters advancing a psychological portrait with attention to optical and atmospheric effects. His models look right at the viewers showing their unique character and inner life.  Perhaps not surprisingly that the most renowned and the longest-ruling female leader of Russia - Catherine the Great believed that it was Fyodor Rokotov who created the best portrait of hers.

If you visit this cultural event, you will see not only the famous portraits borrowed from Historical Museum, Museum of V.A.Tropinin and artists of his time, the Russian Museum, the Hermitage and Tver Regional Art Gallery. You will also enjoy at interesting graphic views of our capital and mansions of the nobility and listen to the music of Russian composers written in the same period. We hope that visiting the exhibition during your Moscow tour will give you a lot of inspiration!