ROMA AETERNA in the Tretyakov Gallery. MASTERPIECES of Vatican Pinacoteca


25.11.2016 – 19.02.2017
It is the first time the Vatican Museums presents the better part of its collection in Russia. The visitiors have a great chance to get acquainted with the masterpieces of XII-XVIII centuries, including works by Giovanni Bellini, Melozzo da Forlì, Perugino, Raphael, Caravaggio, Guido Reni, Guercino, Nicolas Poussin.

The exhibition is held in the Tretyakov Gallery at Lavrushinsky Lane, 12 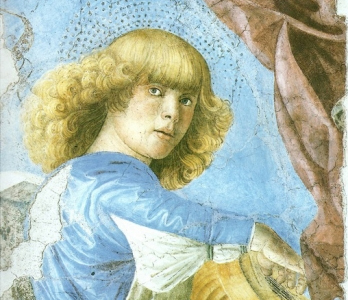 The spiritual connection between Moscow and Rome started in the XVI century, and the joint project - is the most important result of the interaction of two cultures: the culture of Rome, as the embodiment of European identity, and culture of Moscow, as the embodiment of Russian-ness. It is natural that among the great works in the exhibition, you can find a lot of similarities and parallels with Russian art.

Never before the Vatican Museum, one of the ten largest global museums, have taken out such  a large number of outstanding works of the permanent exhibition at the same time, so this project is an important event not only for Russia and Europe, but also for the whole world.

Please note that tickets for the exhibition are sold until January 15. More tickets will become available starting from January 12, 2017. Tickets can be purchased at the pre-sale  box office at Krymsky Val, 10 or

We'l be also happy to arrange a tour of the main collection of the Tretyakov gallery. Don;t hesitate to contact us if you wish to include it in your Moscow tour.