'Russia on the Road' exhibition


28.01.2016 – 25.05.2016
If you want to get acquainted with a century-long history of transport in Russian art, you should visit the unusual exhibition called 'Russia on the Road' which takes place in Moscow at the Institute of Russian Realist Art. Today it is difficult to imagine our everyday live without cars, trains, plains and underground, but 150 years ago the idea of traveling all over the country and abroad seemed practically unreal. The exhibition will give you a chance to see  the transformation of the utopian dream of the 1920s into the everyday routine of the late 1990s and feel  obsessions, fears and dreams of the Russian people throughout the 20th century. 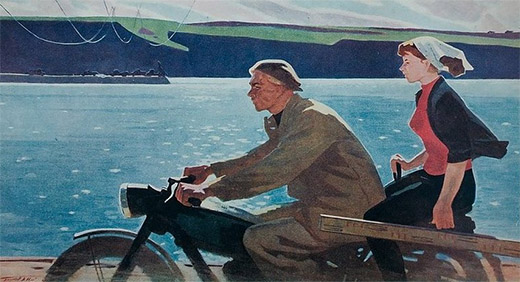 Victor Popkov, On the way to work
The exhibition 'Russia on the Road' represents about 60 paintings and graphic works of the 20th century that vary in form and mood. Some of them can be called ideological; they served as Soviet propaganda. Another works were more lyrical and reflected the inspiring changes in the life of ordinary people. The visitors will see the displays assembled from different museums. The most well-known of them are the State Tretyakov Gallery, the Scientific Research Museum of the Academy of Arts and the Museum of Cosmonautics. Art-buffs will certainly appreciate the masterpieces by Alexander Deyneka, Yury Pimenov, Alexander Samokhvalov, Georgy Nissky and Alexander Labas and the paintings of the 60s that had been hidden behind the 'iron curtain'. 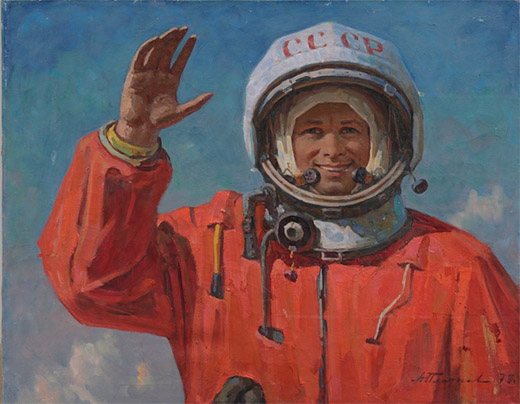 Andrey Plotnov, Goodbye, earthlings!
We hope that visiting the exhibition 'Russia on the Road' will give you a great pleasure and we’ll be ready to include the Institute of Russian Realist Art in your Moscow tour itinerary!