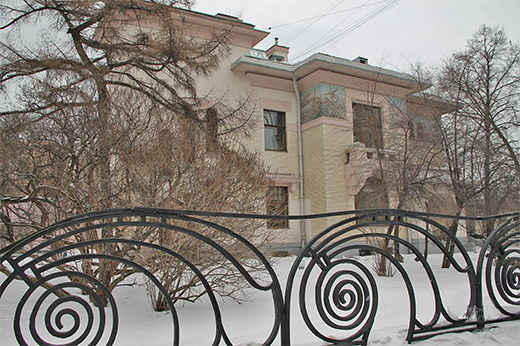 
One of the finest examples of Art Noveau in Moscow is Gorky house-museum. It was designed by the talented architect Fyodor Shekhtel in 1900. The first owner of the house was a millionaire S. P. Ryabushinsky. He was a very prominent figure in business life of the city, an old-believer and an owner of one of the best icon collections in Russia.

The house looks amazing both inside and outside. The outside walls are adorned with a mosaic frieze depicting the paradise garden with orchids in bloom. Coming into the hall is like diving into the underwater kingdom. The pattern on the floor reminds of shore pebbles. The main staircase climbs up like a curving sea wave. On top of it there is a fantastic jellyfish which serves as a chandelier. This house is full of surprises. The glittering stained glass windows are waiting to tell you their stories. Following the corridors of the house you will discover unusual world of the artist's imagination. 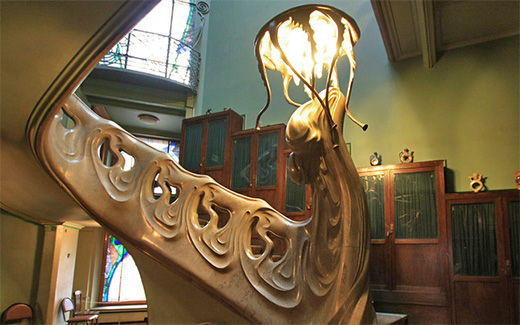 The staicase in the house

After the revolution Ryabushinsky fled the country. His mansion was later given to Maxim Gorky, a prominent Soviet writer, who lived here from 1931 to 1936. The museum was opened here in 1995.

During the tour you’ll explore fabulous décor of the house as well as learn  life stories of its owners.