If you are interested in the Soviet period of Russian history, take your time to visit a nostalgic exhibition called “Soviet Childhood” in the Museum of History of Moscow. Organizers of this event present people a kind of time machine that helps to plunge into the atmosphere of 60s-80s  of the past century and see that epoch with the eyes of Soviet children. 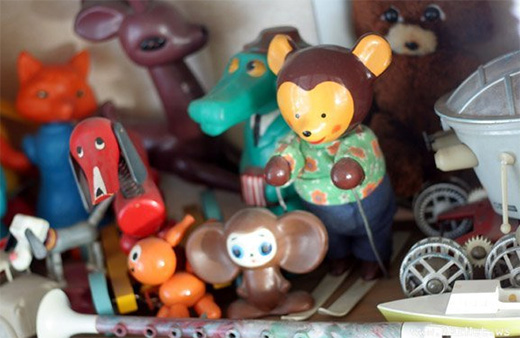 The exhibition “Soviet Childhood” covers many household and cultural aspects – toys, games, cartoons and films, posters and books (including school-books and ABC-books), clothes, furniture and photographs of the past epoch. Visiting this event, you can learn more about Soviet Palaces of Young Pioneers, children's camps, cinemas and theaters.

Some sections  are devoted to the children's store “Detsky Mir” (Children's World), TV programme “Spokoynoy Nochi, Malyshi”(Good Night, Little Ones) and the celebration of New Year, holiday that gained its popularity in Soviet period. “Soviet Childhood” will continue to inspire the Muscovites and the guests of the capital till March 15. Why not attend this event during your Moscow tours and learn about the unique culture that unites  generations born in 60-s-80-s of the XX century. You can  find  more information on this event and buy an e-ticket on the official site of the museum.