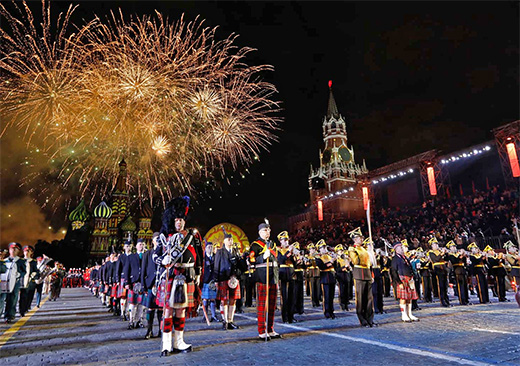 The festival gathers the best creative and musical bands of different countries. There will be about 40 military bands from 15 countries: Australia, Great Britain, Germany, Denmark, Israel, New Zealand, Kazakhstan, Canada, China, Russia, Finland, France, South Africa and others have performed during the festival.

An important part of the festival is the project "Spassky Tower for Children", which is held during the festival on Red Square. Within the framework of the "Spasskaya Tower to Children" project, there are 7 thematic venues at the festival: a children's town scene, a creative, historical, musical, patriotic and military tents, and an autodrome. Young guests can join master classes, quests and interactive programs.

You can find the program of the festival on