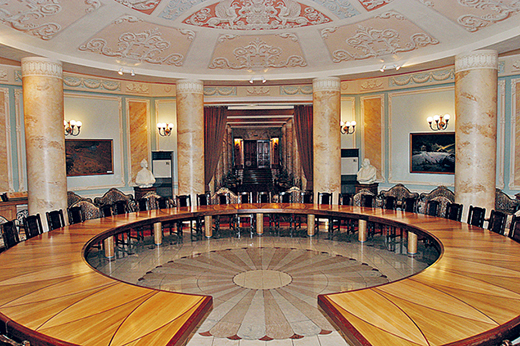 Many of you probably heard of Metro-2 and secret lines going under the city. Are you curious to know where these lines go to?
We would like to invite you to Stalin’s Bunker tour. The bunker was specially built as the secret command center for the commander-in-chief of Red Army Josef Stalin before WWII. Did Stalin ever visit it? The interior of the place has survived with minor changes and nowadays you might see the Session Hall, Stalin's study room and dining room made in Georgian style.
Would you like to know why the bunker is rather shallow? Are you interested to experience unusual acoustic effect of the Session Hall? Why was the stadium constructed nearby? Has it ever been used as the stadium? Curious? Come to the tour and bring your friends.
The tour is in English. Registration is required at bridgetomoscow@gmail.com ( Katerina)