21.01.2016
You have been to Red Square a lot of times  passing the red-brick building of the State Historical Museum.   We would like to invite you to learn Russian history through the priceless artifacts put on display. Built by the decree of Aleksander III and with the support of Russian historians, philosophers, artists the State Historical Museum narrates the history of Russia from pre-historian times till late 19th century. 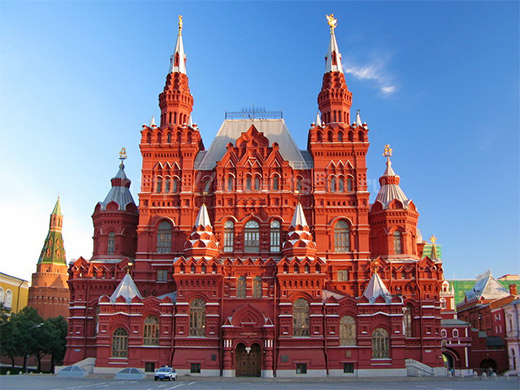 Notable items include a longboat excavated from the banks of the Volga River, gold artifacts of the Scythians, birch-bark scrolls of Novgorod, manuscripts going back to the 6th century, Russian folk ceramics,  wooden objects and more. The library boasts the ancient manuscripts and the largest coin collection in Russia. The total number of objects numbers in millions.

Tour duration:  about 2 hours
Meeting time: 11 am
Meeting place: at the entrance of the museum
Tour is free. Admission is 350 Rub