29.12.2016 – 29.01.2017
If you have already enjoyed the sites of Moscow, but don’t have an opportunity to visit other cities, then you’re lucky to witness an impressive collection of the most famous Russian symbols and locations. The “Ice Moscow” Festival, placed in Park Pobedy on Poklonnaya Hill, has gathered ice installations depicting well-known monuments, buildings and even animals. 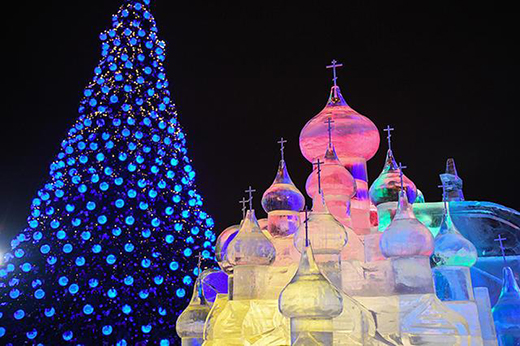 The five-meter high sculptures represent important landmarks of the vast country, featuring Siberian tiger, the Motherland Calls statue from Volgograd, wooden churches of Kizhi and the Russian Bridge of Vladivostok. The pearl of the collection – ten-meter high Kremlin – is complemented by a cascade of six slides descending right from the Kremlin Wall of ice. Every sculpture is colourfully illuminated, allowing the visitors to see the transparency of the natural ice from Lake Baikal. Don’t forget to take a walk across the magical City of Fairytales, where you can also make a memorable photo in ice sledge or look into glacial mirror. 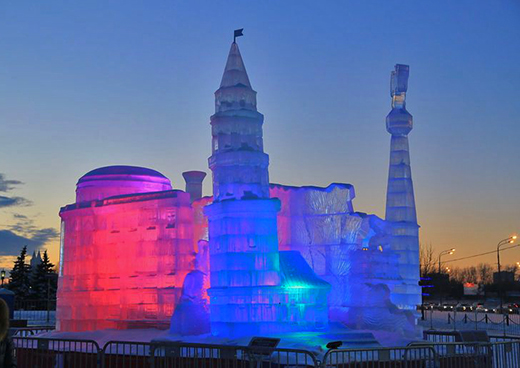 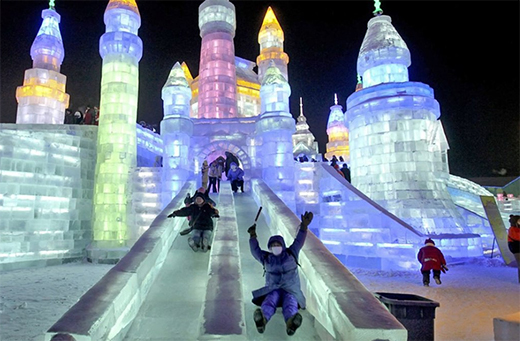