This year St Basil's cathedral celebrates its 450 anniversary. The exact date (June 29, 7069 year or July 12, 1561 according to the Gregorian calendar) became known in 1950s during the restoration when an inscription was uncovered under layers of later paintings. It contains the date of completion of the Intercession Cathedral. 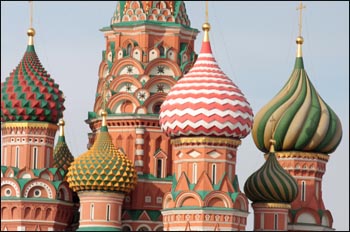 The International Choral Festival running in October 2011 is devoted to the anniversary of the St Basil's Cathedral.


Your Moscow tour guide can accompany you to the concert