The Organ Music Festival in Tsaritsyno


03.12.2016 – 25.12.2016
If you appreciate organ music, you will be fascinated with the Sixth Festival "Organ Plus"  in Tsaritsyno Museum this winter. During eight evenings in the atrium of the Bread House the invited soloists will perform a variety of works. The program features "Concerto plus jazz", "Ave Maria", "Stained votes" and others. 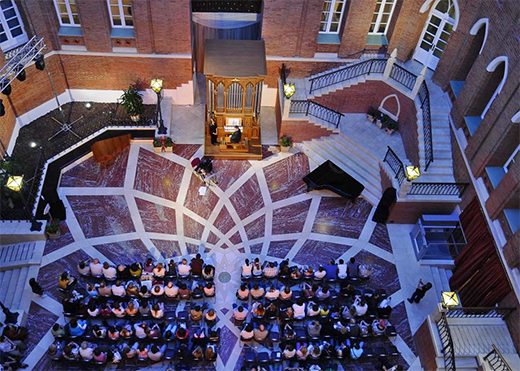 The first concert dedicated to the opening of the festival  will start at 17.00 on December 3d. One of the most famous works by the Italian composer Antonio Vivaldi XVIII century "The Four Seasons" will be presented in a transcription for violin and organ. The performance of "Spring", "Summer", "Autumn", "Winter" concerts will be preceded by the reading of sonnets written by Vivaldi. In addition, the program includes a well-known organ concert "Great Mogul" by A. Vivaldi - Bach, as well as the poetry of the Italian authors of the Renaissance.