09.09.2017 – 10.09.2017
If you love theatre you’ll surely find lots of interesting events during Moscow City Day Celebrations. Gorky Park will host the festival of street theatres from France, Italy and Spain while the Hermitage Garden on will surprise the visitors with a 12 hours open-air theater marathon. 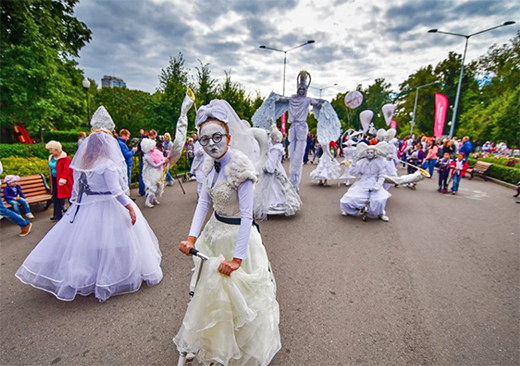 On September 9 and 10 "Bright People" festival will be held in Gorky Park.  You’ll see shows of street theaters from France, Italy and Spain and the performances of the best Russian independent theater projects. While wandering around the park you might come across fairy-tale images such as mythical beasts, magic flowers and bizarre-looking fish.

On September 9 the Hermitage Garden will host the largest open-air theater art festival in Russia. The best Moscow theaters will present their performances in a 12-hour marathon: Stanislavsky and Nemirovich-Danchenko Musical Theater, Ballet Moscow, The School of Dramatic Art, Taganka Theater, Teatrium on Serpukhovka, The  School of Modern play and many others. "Theatrical March" is the largest open-air theater festival in Russia.

You will surely find lots of interesting events during the City Day. Welcome to Moscow and enjoy your time with your private Moscow guide.