The annual festival "Times and Epochs" will be held in the capital from 10 to 22 August. Its main sites will be located on Tverskaya Square, Nikitsky, Passion and Tver Boulevards, in Kamergersky Lane and on Profsoyuznaya Street. 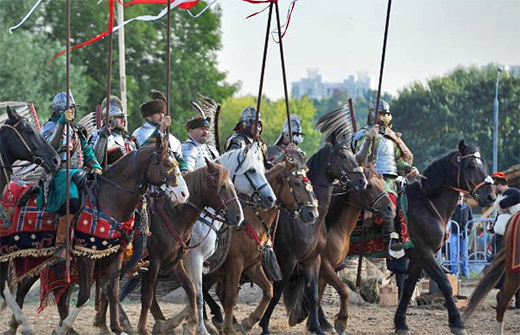 On Nikitsky Boulevard, for example, you will see the life at the beginning of the twentieth century as it is described in the works of the outstanding Russian writer Anton Chekhov. A series of performances based on his stories and plays will be shown here. The scenes will be played by the reenactors in the suits of that time.

On Tverskoy Boulevard, they will recreate the atmosphere of the Patriotic War of 1812. The tents of the Napoleon and Alexander I army will be put up. They will be guarded by soldiers and officers in the uniforms of the early 19th century. Visitors to this site will see the field kitchen and look at the work of the foreman of the regimental smithy.

The site on Profsoyuznaya street will be dedicated to the capital's railway stations. It will be possible to get acquainted with the life of railwaymen of the middle of the XIX and XX centuries - conductors, machinists, telegraphists there.

You will see the knight battles and competitions in historical fencing on Pushkin Square. Russian fencers, as well as athletes from Great Britain, France, Israel, Kazakhstan, Belarus and Moldova will take part in the competition. 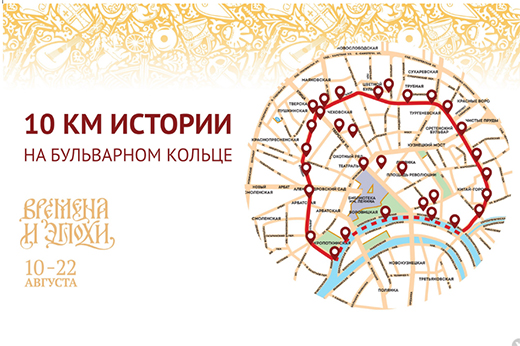 You can learn more about the life of medieval merchant Rus on the Revolution Square. The site is dedicated to the journey of Tver merchant Afanasy Nikitin to India. He was one of the first Europeans to reach this country.

On Vorobyevskaya embankment you can see the military pier of the Great Patriotic War with lifebuoys, benches and even urns of that time. A patrol boat of the 40s of the XX century will be also presented to the visitors here.

During the days of the festival ships will also appear on other Moscow streets. So, on Petrovsky Boulevard a dolphin boat made with usage of the Stone Age technology will be installed. And on Gogol Boulevard they will put a copy of a Russian fishing boat of the XVII century. On Pokrovsky Boulevard a copy of the shipyard of the times of Peter the Great will be built. You will have a chance to see the skeleton of the wooden frigate under construction, the materials for its plating, as well as the tools of carpentry and shipbuilders.
All sites will operate daily from 11:00 to 21:00. The entrance to them is free.Read more about the festival: