On June 6-7 2015 Kolomenskoye museum estate will host the fifth "Times and Epochs" international historical festival. This year the theme of the festival will be the Classical Antiquity, covering the period   that lasted for one thousand years, from 5 B.C to 5 A.D. 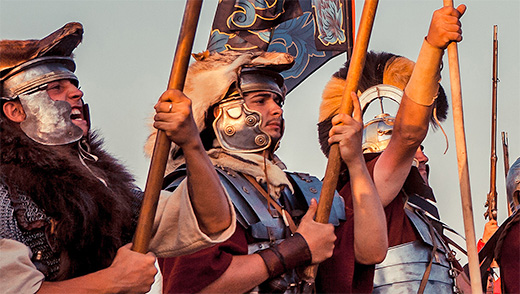 Participants of the festival are the best historical reconstruction clubs in Russia and around the world, musicians performing traditional music, medieval craft masters and stunt show group.
The festival program is very diverse, presenting all aspects of everyday life of the Ancient World, as well as significant events of the era. The guests will have a chance to visit the main thematic areas: the Roman military camp, "Bosporus kingdom" - an interesting fusion of Greek city-states and Scythian camps; Celtic village; German burg – a  fortified town of tribes that were never conquered by the Romans; "Palestine" - the intersection of Western and Eastern civilizations, in which Christianity was born.

You can find more info and a  map of the festival on the . We'll be happy to offer services of our guides if you wish to go to Kolomenskoye during your Moscow tours