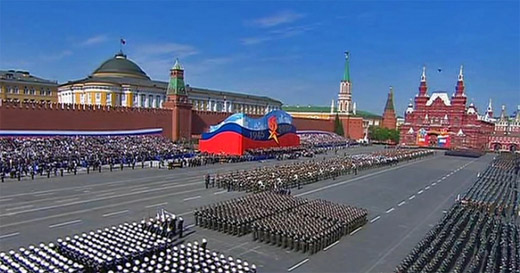 Immortal regiment
"Immortal Regiment" will start on the main avenue of Poklonnay hill at 16.00. The event will be attended by up to 150 thousand relatives of the heroes of the Great Patriotic War who come to the park with portraits of their  grandfathers and great-grandfathers. At the end balloons will soar into the sky and a big concert will begin.

Almost every Moscow park (Sokolniki, Kuzminki, Kolomenskoye, Gorky park) prepared its own concert program devoted to the Victory Day. Lots of events will take place in the center of Moscow. 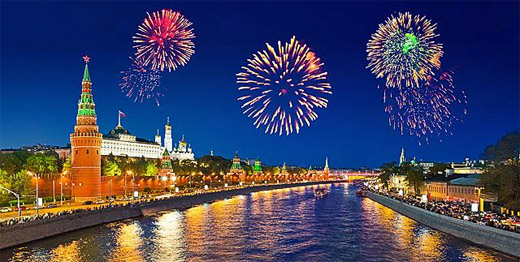 Fireworks in Moscow
Traditional fireworks will start at 22.00 and last for 15 minutes. Firing set will be placed in 16 locations around the city. Among the best places to view fireworks will be bridges across the Moscow River, observation platform on Sparrow Hills, Victory Park and VDNH park. Please beware that fireworks are immensely popular and thousands of people might come to watch them.