Home → Time Gap → The Church of the Holy Triniti in Nikitniki

The Church of the Holy Triniti in Nikitniki 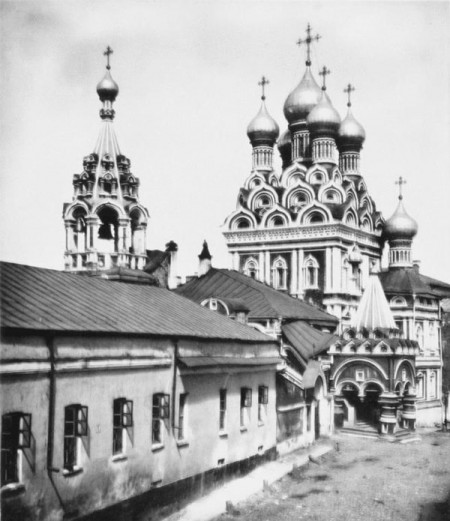 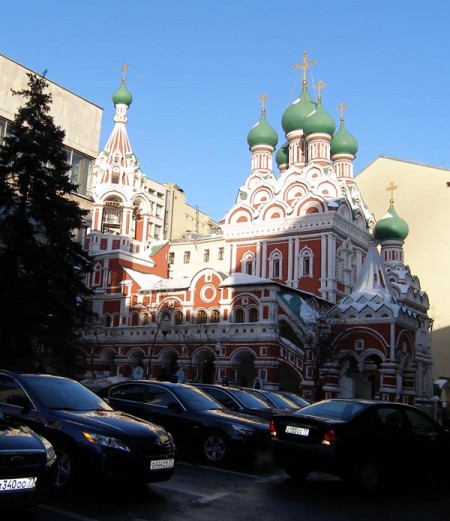 In 1630-s the merchant Grigory Nikitnikov built a church on his own estate.
This was one of Moscow's most wealthy merchants in Moscow, legend has it he  would lend money to the tsar himself. He invited the best architects and artists of the time. Among them are Armory painters Simeon Ushakov, Yakov Kazanets and Osip Vladimirov. The frescos of the church include unusual and unconventional depictions of scenes from the Apocalypse. The Trinity Church in Nikitniki served both as a parish church and the private burial place of Nikitnikov family.

In 1920 the church was closed. It was later turned into a branch of the Medieaval russian Art museum. In 1991 the decision was taken to return it to the Russian Orthodox Church. However it hasn't happened yet.

The church is standing on top of the hill. In old times it could be seen from afar. Today you would hardly find it – it's blocked by higher buildings from each side. Nearby is the Presidential Property Management Department, that's why in front of the church there're so many official cars.

Your can help you to find the Trinity church. We do recommend you to see this masterpiece of the Russian architecture.