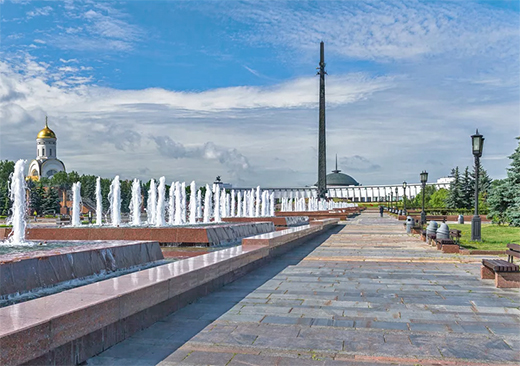 Victory Park in Moscow
Victory Park is a memorial complex dedicated to Russia’s victory over Nazi Germany. It is located in the historic area of Moscow known as Poklonnaya Hill, which means "Bow Hill". It's one of the highest spots in Moscow - in old times travellers approaching the capital from the west used to climb onto the hill to get a beautiful panoramic view of the city, and would bow to Moscow. 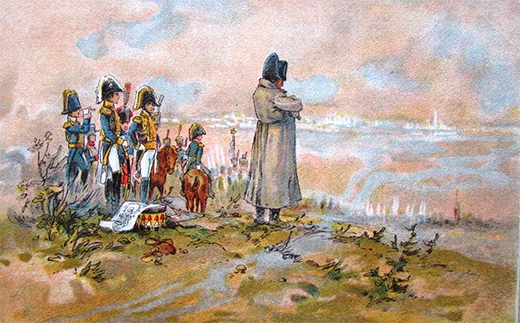 Napoleon before entering Moscow on top of the Bow Hill
The hill did not attract only peaceful travellers. In 1812, it was the spot where Napoleon fo expected the keys to the Kremlin to be brought to him by Russians. This part of Moscow is connected to the country's military history. This is why after the end of the Second World War, Victory Park was laid out here.

The memorial complex on Poklonnaya Hill was completed in the mid-1990s. The inauguration ceremony took place on the 50th anniversary of the victory in the Second World War. The heroism of the Soviet people in the war is reflected in the exposition of the Central Museum of the Great Patriotic War. The Museum, opened in 1995, is the central part of the Victory Complex. It comprises several expositions, including the War History Exposition, and a set of dioramas on the major battles of the war – from the defense of Moscow in winter 1941 to the fall of Berlin in spring 1945. 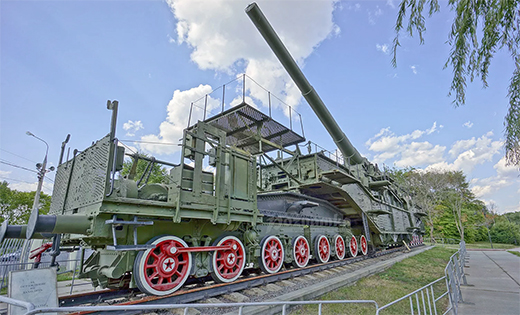 War is a tragedy for many people. That's why you can also find in the Park an Orthodox Church, a memorial Mosque, and the Memorial Synagogue to remember people of different religious beliefs who also perished in the war against the Nazis.

Victory Park is a solemn architectural ensemble with monuments, obelisks, and fountains. It looks most impressive at night when the water in the fountains is illuminated.

A visit to Victory Park is included in the city tour of Moscow. You'll see it during your Moscow on a three-day tour as well as Moscow on a four/five-day tour. You can also ask your Moscow tour guide to show you the park at night. 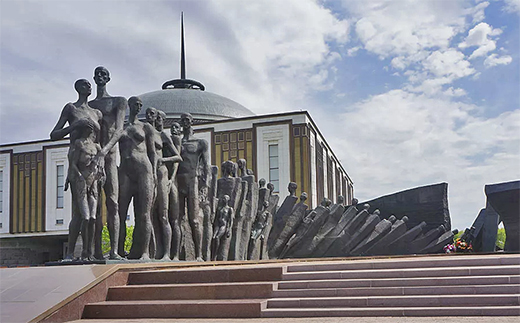