Home to one of the oldest, and probably the most famous, ballet, and opera companies in the world Bolshoj theatre is definitely one of Moscow's major landmarks. 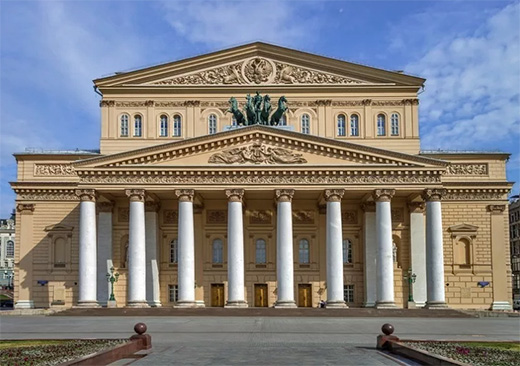 Bolshoi Theatre in Moscow
The Bolshoi Theatre is renowned all over the world for such brilliant ballet dancers as Maya Plisetskaya, Vladimir Vasiliev, Galina Ulanova, Maris Liepa. They built the theater's reputation and boosted their careers into the dazzling heights of international success. At present time the stage is glorified by new talents.

Bolshoi theater is more than 240 years old. Its history goes back to 1776 when Empress Catherine II granted Prince Pyotr Urusov a license to establish theatrical performances in Russia. The Bolshoi began its life as the private theatre, and its first name was Petrovsky. Its grand opening took place on December 30, 1780.

At that time, fires happened frequently, and the building of the Bolshoi burned down several times. A massive fire that wrecked the building took place in 1812 when Napoleon's army approached Moscow. The Bolshoi that we can see today is the fourth one. Its opening took place on August 20, 1856, during the coronation of Tsar Alexander II. 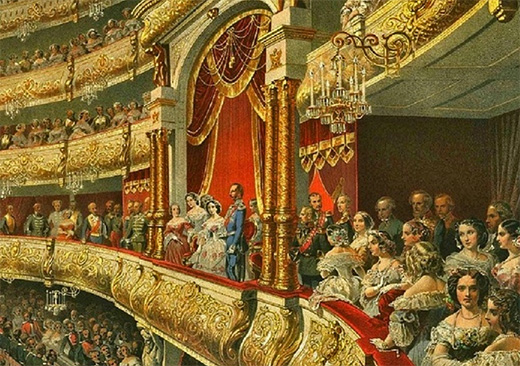 Coronation of the tsar Alexander II in the Bolshoi theatre
In the years 2005–2011, the theatre was undergoing a significant renovation. As a result, they restored the unique pre-revolutionary acoustics and recreated original Imperial décor.

Seven interesting facts about the Bolshoi

The productions of the Bolshoi Theater can be seen on three stages:  the Historic stage, the New Stage, and Beethoven Hall. Besides, they recently started to use Boris Pokrovsky Chamber Stage. 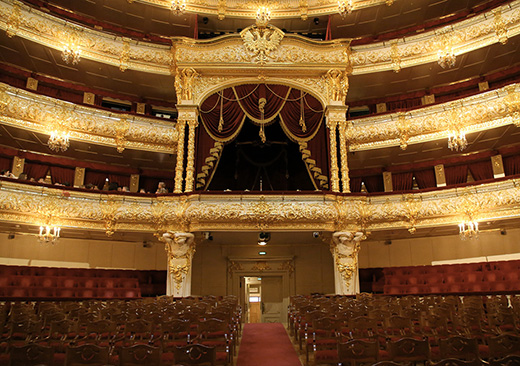 The Historic stage of the Bolshoi Theatre in Moscow
The main pride of the Bolshoi is its historic stage. It is here where one can enjoy the luxurious interiors of the tsars’ times and the excellent acoustics. Only a ticket to the historic stage will allow you to explore the main building of the theatre. However, the tickets to the old stage are the most expensive ones. 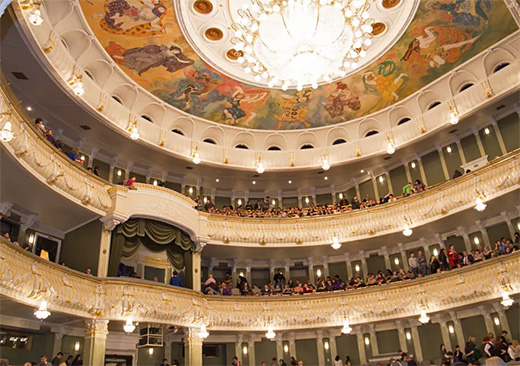 The New stage of the Bolshoi Theatre in Moscow
The new stage opened its doors in 2002. You can find the New Stage building right next to the old one. Bolshoi’s Theater’s full repertoire was performed on the New Stage from 2005 to 2011 - during the reconstruction of the main stage. The auditorium here is much smaller (900 seats versus 2500), but it will also surprise you with elegance and luxury. The tickets prices are much more affordable here. 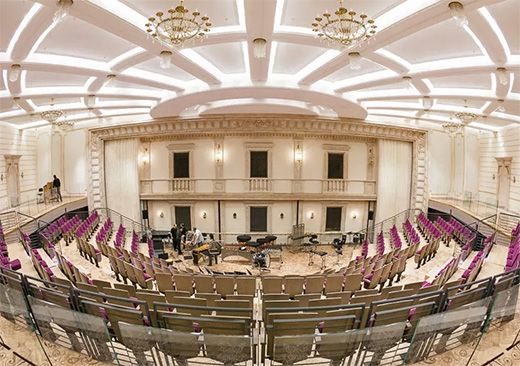 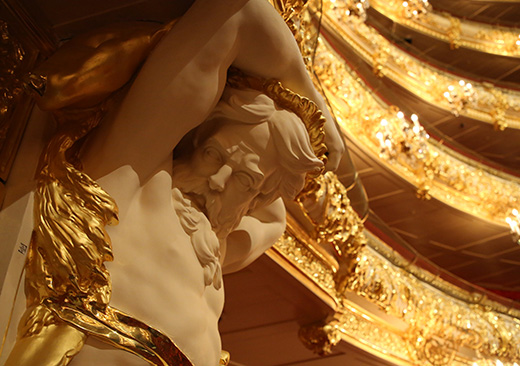