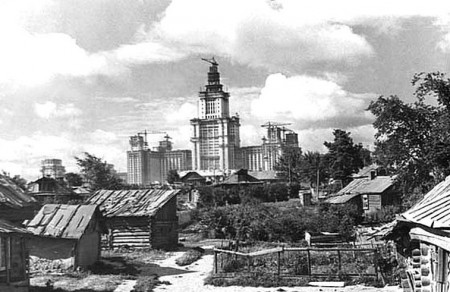 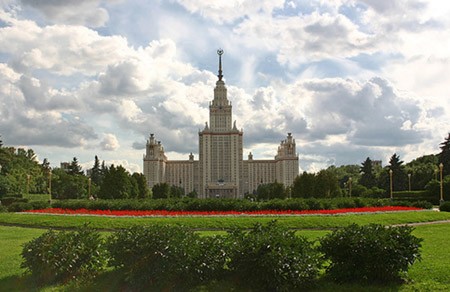 Moscow state University. Moscow, 2009
The first photo was taken in 1951-52. It shows the construction of Moscow State University. At that time Moscow was much smaller than today, the area chosen for the University was in the countryside. The houses of the village Vorobjovo appear in front of the building. "Vorobjovo' in English means "Sparrow", the well know Sparrow Hills were named after the village.
Today we see a wide avenue connecting the University and the panoramic platform on Sparrow Hills. Nothing destroys the view of the impressive building. And only the name of the village has survived up to now.