Church of St. John the Warrior 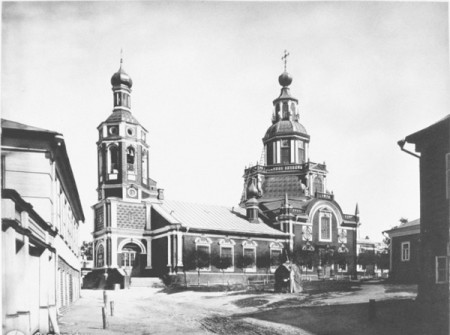 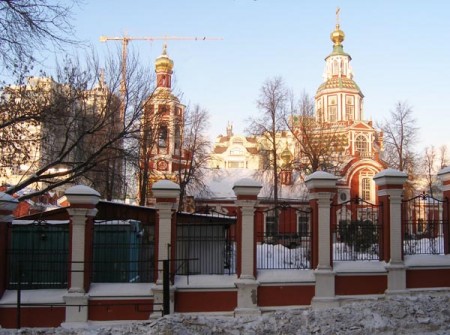 Church of St. John the Warrior, Moscow, 2010
The Church of St. John the Warrior on Yakimanka Street was constructed in the early 18th century( 1704-1717) It is attributed to architect Ivan Zarudny.
Legend has it that the present-day church appeared by the order of Peter the Great. This lowland area near the river was always flooded in spring time. The emperor examined the church of St.John (built in 1625) and noticed how badly it was damaged by the flood. He ordered to rebuild it on top of the hill. The new church was commemorated to the Battle of Poltava.
The church survived up to now without major changes. The houses we see on the old photo were destroyed in the 20th century; a new fence appeared later. The church of St. John the Warrior was never closed after the Revolution. In 1930-s famous icons, holy relics were brought here from other churches destroyed by the Soviet Government. Some of the sacred objects are still kept in the church.
Yakimanka street changed a lot in 1970-s. It was rebuilt in the high-rise style typical of the time. Many new offices are under construction. Luckily some of the old architecture has survived.